Prior to beginning each sonar survey, all of the cavern’s pertinent information is entered into the surface computer and a survey file is created. Next, the computer’s operating software initializes the down hole probe. The probe is then lowered into the cavern via a wire line cable (provided by a wire line truck). The command to begin scanning is executed, and the sonar survey is underway.

The scan mode begins at North (0 degrees) and continues until it achieves a full 360-degree rotation. The ultrasonic transducer transmits and receives echoes, then sends its data to the surface computer for processing. There are 128 data points, or echo returns, per 360-degree rotation. As the transducer is rotating, each echo return is displayed on a color monitor, creating a horizontal image of the cavern wall. The computer will place a 2.8-degree white line for each echo return within the color image to form a completed view of the cavern wall. The velocity of the medium is updated with each completed rotation of the transducer, thus insuring range accuracy. This is accomplished by means of a velocimeter mounted inside the down hole probe.

Actual survey data is recorded on a disk to allow the sonar operator to enter final input values. Sometimes, irregular cavern walls, well conditions, and stored product will have an effect on echo returns. To obtain repeatability of the wall images, the transmit and receive levels of the probe can be increased or decreased for optimum results. After closely monitoring the wall image, the operator will save the wall image as the computer has placed the echo returns, or he will manually place the echo returns within the color image as he interprets the data. Once this occurs, the image is recorded on the file for that depth station. This process is repeated until all necessary depth stations are logged, thus, creating a new survey file. A complete report can then be generated. A complete survey field report is issued at the job site. 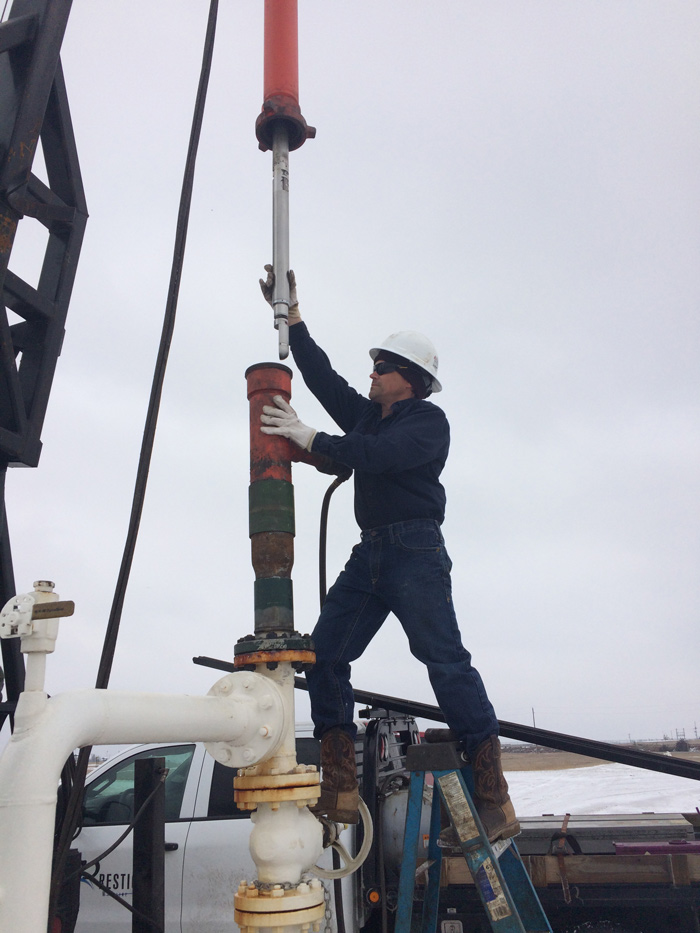 Sonar technology was originally developed for detecting and locating submerged objects in water by means of the sound waves they reflect or produce.